After driving a few hours we decided to rest and enjoy the rest of the afternoon. We saw a rest stop sign and drove toward it.
At the rest stop there was a covered bridge. We grab our camera and started to take some photo. A guy come from the covered bridge and walks toward us. He introduces himself as David the owner of the museum. We chat a little and I was dying to ask him a question about the bridge.

Why was the bridge covered? It sounds so stupid right. There is no question stupid only stupid answer.

David replied; long time ago, the bridges were built with wood around the area, as most part of Canada is forest. After using the bridge for sometime, the bridge started to rot due to the element. The cost of repair and rebuilding was expensive. Some people started to build a roof over the bridge and the bridge last longer. A wooden bridge left uncovered would last only about 10 years, while a covered wooden bridge could be expected to last 80 years or more. Today there are fewer bridges due to arson, vandalism or neglect. 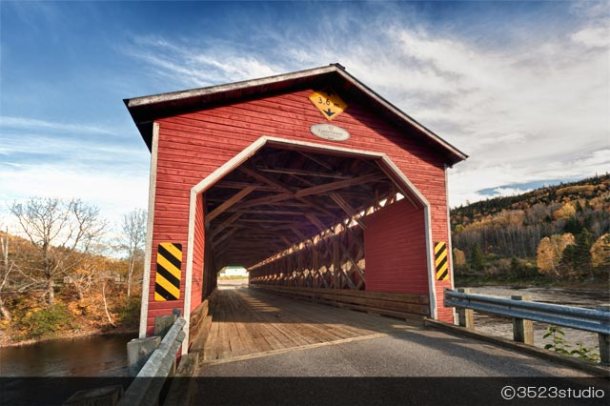